Home » Equipment » Treadmills » The History Of The Treadmill

The History Of The Treadmill

Treadmills have become a part of many people's daily lives, whether in the gym or at home. They are one of the most popular machines used for cardiovascular training. But have you ever wondered who invented the treadmill or how long it has been around?

I have, so I did some research. I was surprised how long this everyday exercise machine has been in existence. However, it was not always the popular device it is today. Let me tell you what my investigations turned up.

The earliest version of a treadmill, called a treadwheel, goes way back. Its usage dates all the way to the times of the pyramids in Egypt, the cathedrals and castles of the middle ages and the buildings of the Roman Empire.

Initially, it was a horizontal beam which was strapped to animals such as mules and oxen. It was even sometimes strapped to human slaves. This device turned on a vertical shaft to lift stones and building materials.

By Roman times, the treadwheel developed to resemble a hamster wheel. It was vertically situated and linked to pulleys, and men would walk around on the inside of the wheel.

This device, resembling a crane, could lift massive weights, up to 3000 kilograms with just four men operating the wheel.

By the 19th century, animal-powered treadmills were being used to grind grain, lift or pump water and even pull boats.

The basic design of the horse treadmill, which was patented in 1834, is still used in modern times to train racehorses.

There were even treadmills produced for smaller animals such as dogs, sheep and goats. These were used to churn butter, sort beans or shell corn.

If you want to know more about the early history and overall history, then you might also like this video:

Treadmills as a Punishment

In 1817, a British engineer, and son of a miller, William Cubitt, invented a form of the treadmill for use as a punishment. This was designed for prisoners, who he viewed as stubborn and idle. The authorities at this time thought hard labor and the bible were the ways to rehabilitate prisoners’ criminal ways.

These treadmills resembled a very large, wide wheel which was fitted with steps on the outside. This caused the wheel to rotate. The wheels were initially weighted, and all the prisoners were “milling” was air.

It was designed so many prisoners could walk on the wheel at the same time. In some instances, it was fitted with partitions. This meant the prisoners were isolated and only able to look at the wall of the wheel in front of them.

Prisoners would walk on the steps repeatedly, for up to 6 hours a day. In fact, in one prison, Warwick Goal, prisoners walked on this contraption for 10 hours a day.

Six hours a day on the treadmill is the equivalent of walking 14,000 feet, vertically. This equates to walking to the peak of Mt. Lincoln, or one of the other 14,000 foot peaks in Colorado (the 14ers). 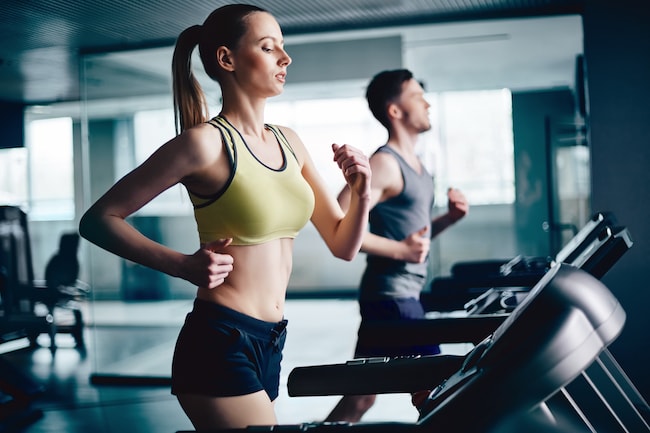 After a short while, prison officials saw the benefit of using the treadmills to grind corn or power water pumps. One of the most notorious and largest treadmills of this age was in Brixton prison in South London.

Designed by Cubitt, it allowed up to 24 prisoners to work in rotation to grind corn. They could move from left to right along the steps of the device. The man at the furthest end could step off and take a break, while another stepped on to take his place. A prisoner had about 12 minutes of rest for every 60 minutes spent walking the treadmill.

Prisoners subjected to this form of hard labor would burn in the region of 2,000 calories a day. They were often emaciated and fell ill, eventually dying. Many also fell off the wheel from exhaustion and injured themselves.

The most famous prisoner subjected to this form of punishment was more than likely Oscar Wilde. Sentenced to 2 years imprisonment with hard labor for indecency in May 1895, he walked the treadmill located in Pentonville prison in London.

The treadmill crossed the pond to the United States soon after it was first used in England. One US prison guard, James Hardy, wrote in 1824 that it was the treadmill’s “monotonous steadiness, and not its severity, which constitutes its terror.”

This form of punishment gradually gave way to other forms of hard labor, such as laying bricks, breaking rocks or (in the U.S.) picking cotton.

In the UK, it was eventually decided that this form of punishment was too cruel, and it was abolished in 1902.

Treadmills for Medical Use

The treadmill once again came to the forefront in the US, when an American cardiologist, Dr Robert Andrew Bruce, contributed to producing a stress test on a treadmill to detect cardiovascular disease.

Called the Bruce protocol, this test is still used today.

In 1968, a doctor by the name of Kenneth H Cooper wrote a book entitled Aerobics. He suggested that everyone should own a treadmill for home use. He claimed that this would help prolong life and keep people healthy.

An engineer with an entrepreneurial spirit, William Straub, read the book. Seeing the potential for profit, he built a treadmill for home use. From his manufacturing company based in New Jersey he produced the Pacemaster 600. 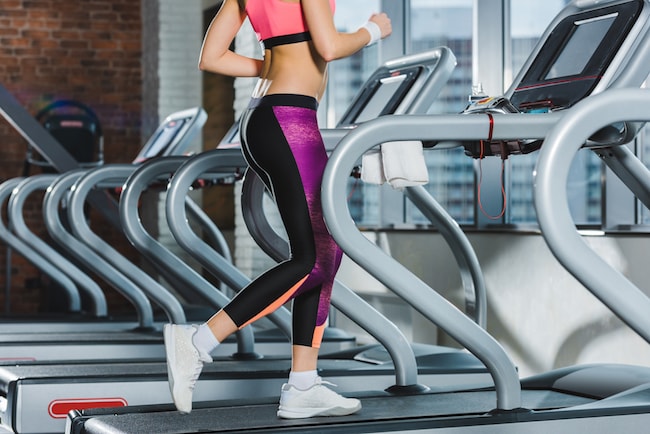 Treadmills are now marketed by many companies worldwide. While the basic design remains the same, technology has improved their user interface with respect to ease of use and control.

From its somewhat disturbing and shady past, the treadmill certainly looks like it’s here to stay. It has evolved from being a workhorse, to a method of torture, to a piece of medical apparatus, to a fitness training tool.

Whether you still view it as torture, like the prisoners in the 1800s, or whether you love it, there is no doubt it remains a very popular piece of fitness equipment.

As an Amazon Associate I earn from qualifying purchases.

Any cookies that may not be particularly necessary for the website to function and is used specifically to collect user personal data via analytics, ads, other embedded contents are termed as non-necessary cookies. It is mandatory to procure user consent prior to running these cookies on your website.

Analytical cookies are used to understand how visitors interact with the website. These cookies help provide information on metrics the number of visitors, bounce rate, traffic source, etc.

Advertisement cookies are used to provide visitors with relevant ads and marketing campaigns. These cookies track visitors across websites and collect information to provide customized ads.

Performance cookies are used to understand and analyze the key performance indexes of the website which helps in delivering a better user experience for the visitors.